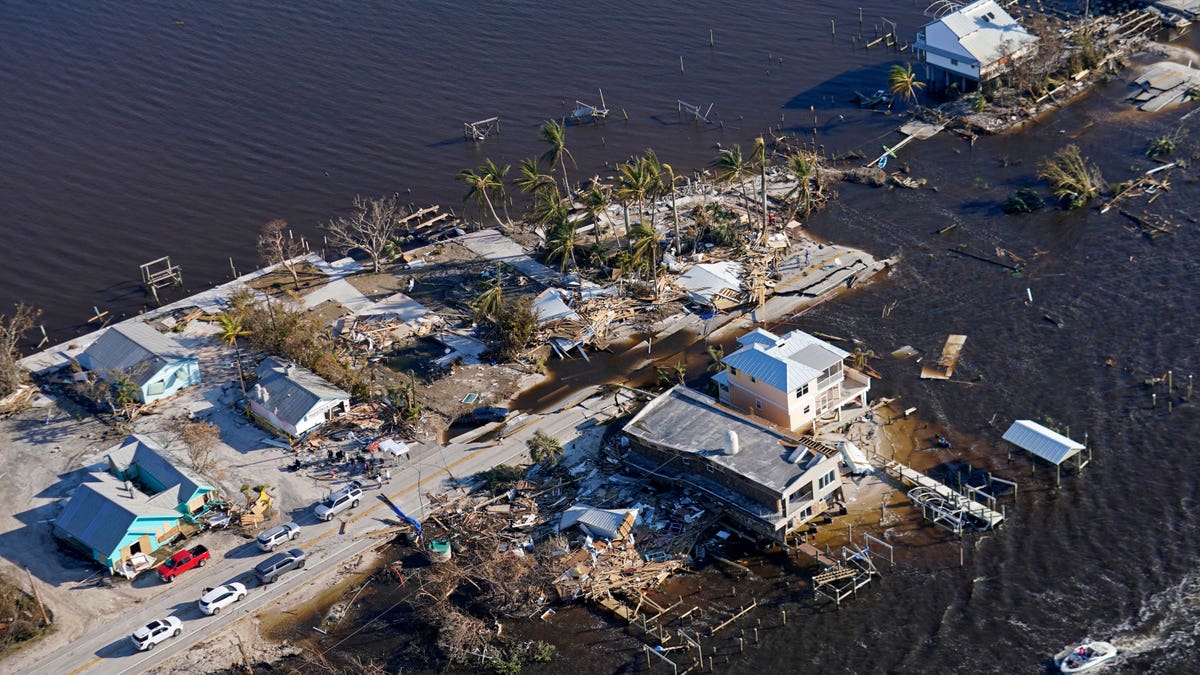 Days after Hurricane Ian made landfall in Florida and left a trail of destruction, the full extent of the powerful storm’s damage was not yet known as of Monday.

In some areas of hard-hit Florida, danger still lingered in the storm’s wake. Hundreds of thousands remained without power and severe flooding that left communities underwater was expected to worsen as waterways overflowed, forcing residents to evacuate from their homes by rescue boats.

“We’re devastated here,” Donalds said. “Fort Myers Beach, which is one of the large tourist destinations in the country, has just been obliterated. It looks like they fought a war on Fort Myers Beach.”

The death toll has continued to rise as officials dig through the debris of demolished neighborhoods.

At least 61 people have been confirmed dead in Florida, with four killed in North Carolina and three in Cuba.

Officials warned that the situation in many areas isn’t expected to improve for several days because the rain that fell has nowhere to go because waterways are overflowing.

Deputies in Seminole County used airboats over the weekend to reach residents near Lake Harney that floodwaters trapped inside their homes. Firefighters and the National Guard also went door-to-door to help residents who chose to leave their homes.

“Right now, what we’re going to focus on for the next couple of days is focusing on getting the people out and that the people are safe,” Lt. Bobby Smith said in a video posted to the Seminole County Sheriff’s Office’s social media pages.

More than 1,600 people have been rescued statewide, according to Florida’s emergency management agency.

Fewer than 620,000 homes and businesses in Florida were still without electricity by early Monday, down from a peak of 2.6 million.

On Sunday morning, Florida Power & Light announced that some customers may have to wait at least another week for power, estimating it will have power restored to 95% of customers by midnight on Oct. 9.

FEMA Administrator Deanne Criswell warned of the persisting dangers, telling “Fox News Sunday” that the agency wants “to make sure people are being extra cautious.”

“We see so many more injuries and sometimes more fatalities after the storm,” Criswell said, explaining the dangers of standing water, which can have hidden debris and power lines below the surface. On top of that, she said that she has seen increases in dehydration and heart attacks after hurricanes.

Fox News’ Ronn Blitzer and the Associated Press contributed to this report.