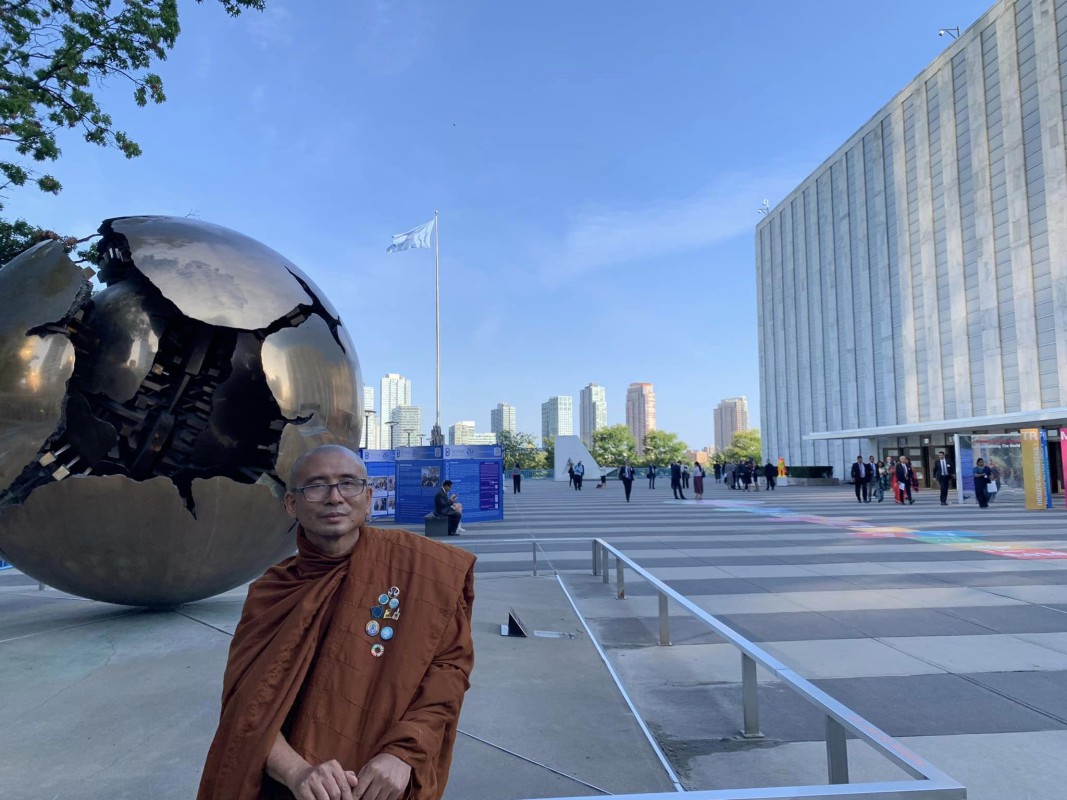 The International Buddhist Education Centre’s principal and Stockholm World Peace Prize Holder Buddhist Sayadaw Dr. Ashin Sobhita currently at the UN made a request referring State Administration Council (SAC) and opposition group NUG not to commit the terror acts including arson attacks against the community and the public.

The IBEC Sayadaw is currently attending the 77th United Nations General Assembly that is being held in New York.

Many innocent people suffered from various conflicts that occurred during the so-called spring revolution since 2021 when the military took over, the IBEC Sayadaw said.

The Sayadaw continued that he is presenting ground information that is happening in Myanmar at the United Nation aiming to prevent Myanmar from a failed state.

“I also want to request the National Unity Government (NUG) and the People Defense Forces (PDF) to stop violence against the people and to act without harming the lives of people,” Sayadaw said.

Sayadaw also requested all stakeholders in Myanmar to encourage ending from all sides and killing innocent people, Buddhist monks, and religious leaders, and civil servants; and burning down villages.

Sayadaw informed that he was attending the United Nations General Assembly without any support from SAC nor NUG, and he made publicly known that he doesn’t like the military rules; neither does any violence and terror acts.