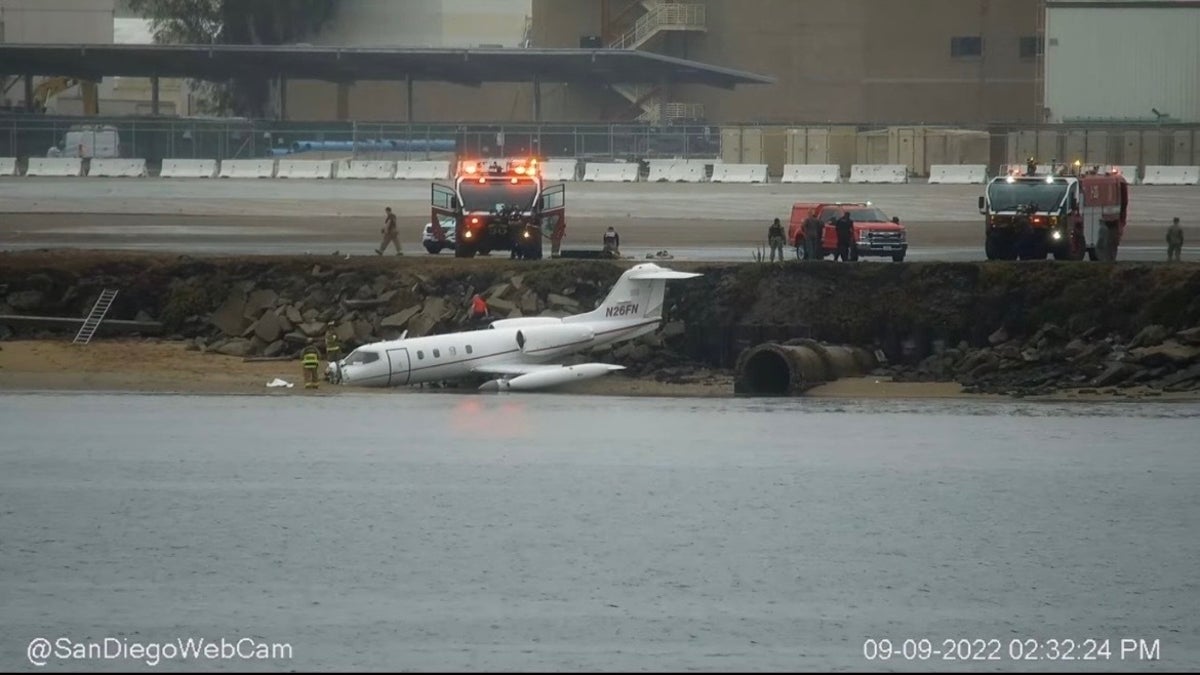 Video on San Diego Web Cam’s YouTube channel showed that the small plane, a Learjet 35, had landed between a stretch of rocks and the bay off a runway at Naval Air Station North Island.

Two people were aboard and able to escape the aircraft after the crash. The two passengers were both taken to the hospital as a precaution but did not suffer any major injuries.

Despite the off-and-on rain and gusty winds, the naval air station’s runways were open for both arriving and departing aircraft.

According to the flight tracking website, FlightAware, the small plane, a Learjet 35, took off from Halsey Field on North Island at 12:22 p.m. and made several “figure 8” movements before heading back toward the airfield at 1:17 p.m.

San Diego is experiencing poor weather with some speculating that poor visibility and slippery condition caused the pilot to be unable to land safely. San Diego International Airport reported 0.56″ of rainfall fell by mid-afternoon, a daily record.

Federal agencies will examine the wreckage and determine what caused the plane to overshoot the runway.

Sarah Rumpf is a Fox News Digital Production Assistant. You can reach her on Twitter at @rumpfsarahc

Hurricane Ian: Man swims 45 minutes through floodwater to save elderly mother from drowning