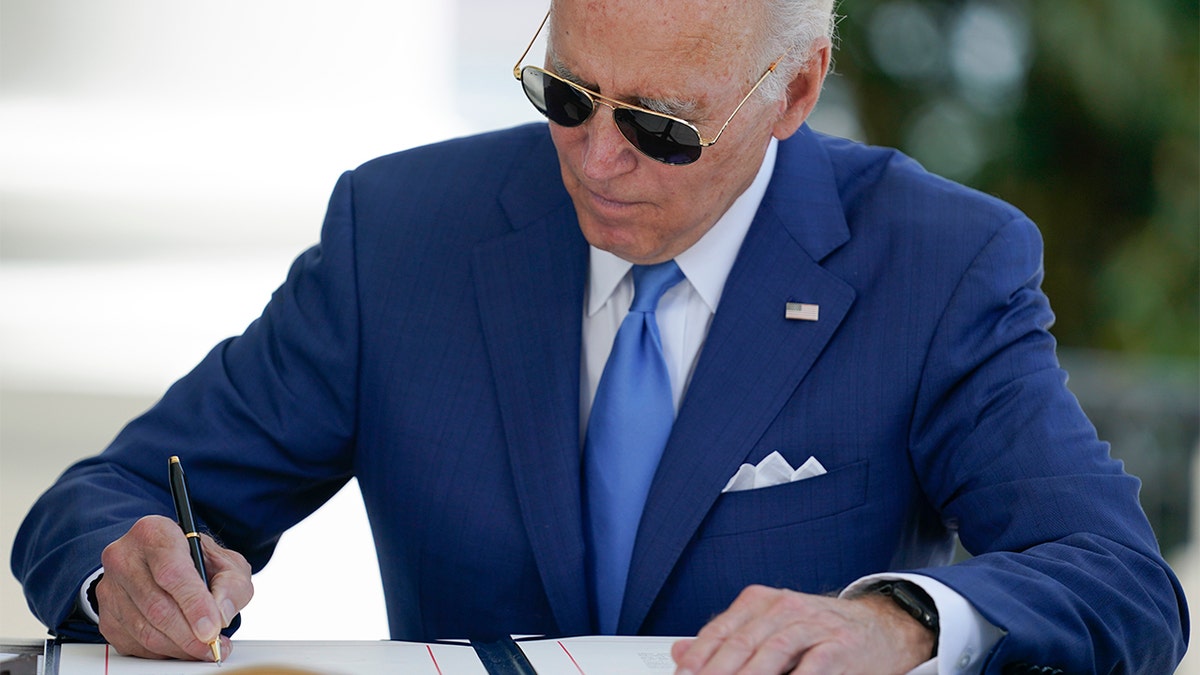 President Biden will return to the White House from his vacation in Kiawah Island, South Carolina, on Tuesday to sign the Inflation Reduction Act, a spending package that congressional Democrats pushed through via the budget reconciliation process.

The bill costs an estimated $437 billion, with $369 billion going toward investments in “Energy Security and Climate Change,” according to a summary by Senate Democrats. The legislation follows negotiations and cuts from a previous bill, the Build Back Better Act, which initially called for more than $3 trillion in spending and failed in the Senate.

“President Biden and Congressional Democrats have worked together to deliver a historic legislative achievement that defeats special interests, delivers for American families, and grows the economy from the bottom up and middle out,” the White House said in a fact sheet released Monday.

Democrats project that the legislation will reduce the deficit by bringing in $737 billion. This includes an estimated $124 billion from IRS tax enforcement, the projected result of hiring 87,000 new IRS agents who will ramp up audits.

The bill also imposes a 15% corporate minimum tax that the Joint Committee on Taxation predicts will raise $222 billion, and prescription drug pricing reform that the Senate estimates will bring in $265 billion.

One thing the Inflation Reduction Act is not expected to do, according to multiple analyses, is reduce inflation. The Congressional Budget Office said the bill will have “a negligible effect” on inflation in 2022, and in 2023 its impact would range between reducing inflation by 0.1% and increasing it by 0.1%.

An analysis by the Penn Wharton Budget Model similarly said that the bill “would have no meaningful effect on inflation in the near term but would reduce inflation by around 0.1 percentage points by the middle of the first decade.”

Following the bill’s signing, President Biden is expected to go home to Delaware before he, Vice President Kamala Harris, and several Cabinet members embark on a 23-state “Building a Better America Tour,” which will seek to rally support ahead of November’s midterm elections by touting the spending bill as well as recent gun safety and infrastructure legislation.

Sen. Tim Scott of South Carolina returning to Iowa on a 2022 mission that will spark more 2024 speculation