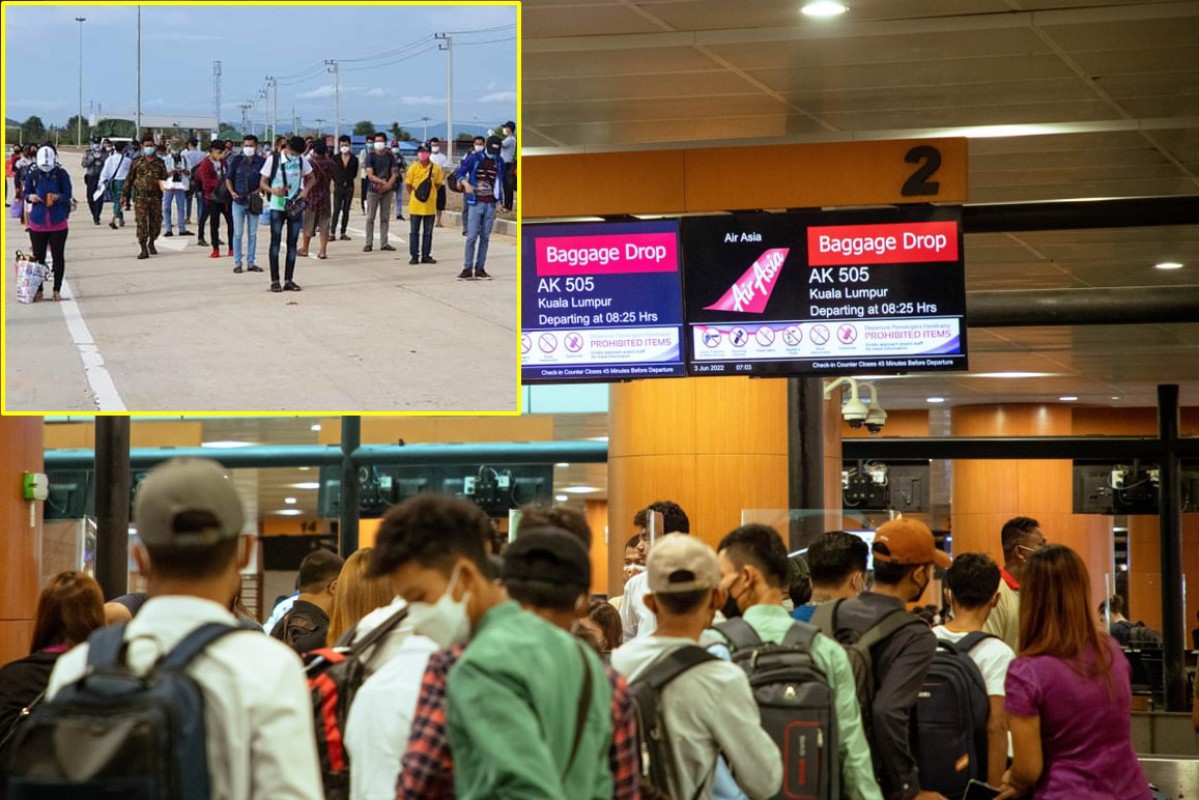 Khit / Myo Gyi (NP News) – Aug 9
Among 55m population of Myanmar, 4m are already residing abroad. There are possibilities of more youths emigrating to other countries for employment opportunities.

“Actual socio-economic factors of the public have to be recognized,” Senior General Min Aung Hlaing said during the meeting held yesterday (August 8) in Naypyidaw.

The Ministry of Immigration and Population estimated the country’s population by region and state as of October 1, 2021 over 55.2 million. Among this figure, male population is estimated 26.4m while female 28.8m.

Many youngsters in Myanmar are increasingly preparing to leave the country to hunt the employment opportunities abroad.

“The reason why I want to leave Myanmar is because of the political situation. If you go to Japan to work, you will be able to generate more earnings. If you stay here, you will face more challenges. I decided to do so because I believe we won’t get any improvement here,” a 28-year-old girl Thiri from Yangon who is preparing to go to Japan told NP News.

Singapore, Thailand, Japan, and Korea are the typical choice of the youths for their work destination.

Yin May is a 22-year-old female job hunter preparing to go to Singapore after she failed to generate profits from her own business. She told about her difficult experiences that trading in the local market becomes hostile with too much fluctuation in market prices, which encourages her to go for seeking a job in Singapore.

In recent days in Yangon, there was a crack of crowded young people who tried to get the application forms for taking the Japanese Language Proficiency Test; regarding the issue, comments and reviews arose on social media.

Additionally, people from neighboring cities come to Yangon to get a link to emigrate to Thailand for hunting job.

The State Administration Council laid down three directions to enhance the country’s economy in multi-sectors especially based on agriculture and livestock productivity via modern techs. Also, inviting FDI to assist the local entrepreneurs with the ultimate goal of State development is a priority too, Senior General Min Aung Hlaing said.

50 percent of the total population of Myanmar is a working age population as per the national census figures; said the Army Chief “We need to apply the efforts of the human resources of the working-age population.”

However, the country faces turmoil situations with soaring prices of basic commodities including fuel, cooking oil, and food.

Many critics arise saying the country’s economy is seriously retrogressing.