Protesters have stormed the office of Sri Lanka’s prime minister as police use tear gas on crowds.

A nationwide state of emergency has been declared by the prime minister’s office and a curfew has been imposed in the Western Province in Sri Lanka.

Last night, Sri Lanka’s president Gotabaya Rajapaksa fled the country after months of turmoil culminated in protesters converging on the presidential palace. He has agreed to resign today.

In recent days, protesters have occupied several government buildings demanding their top leaders step down, showing their anger over a three-month economic crisis.

People have flocked to the presidential palace – swimming in the pool, marvelling at the paintings and lounging on the beds piled high with pillows.

On Wednesday, groups could be seen scaling the wall and entering the office as the crowds roared in support, cheering them on and waving the Sri Lankan flag.

Police stationed outside the prime minister’s office fired several rounds of tear gas and a military helicopter briefly
circled overhead, but protesters appeared undeterred and finally surged into the compound.

Read more: What is happening in Sri Lanka? 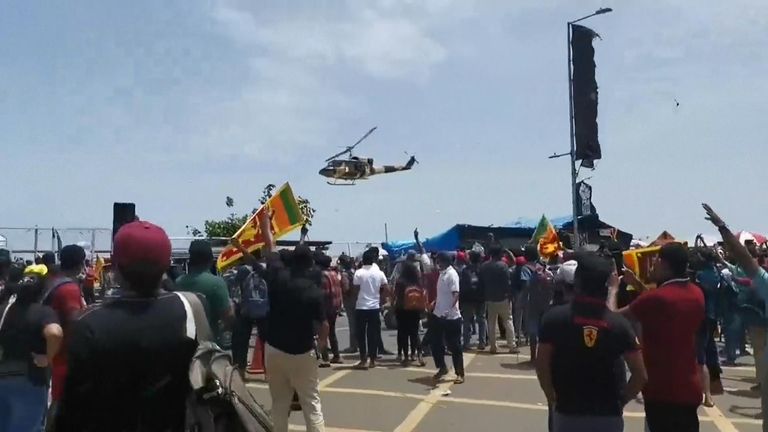 The president has fled the country, and multiple government buildings have been occupied in the protests.

Bhasura Wickremesinghe, a 24-year-old student of maritime electrical engineering, who came with friends, said the president fleeing the country was a “timid act”. 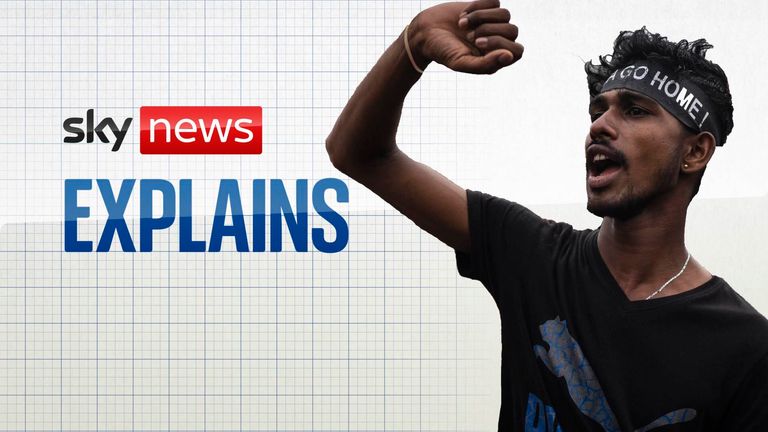 What happens now for Sri Lanka?

Mr Rajapaksa left the country in a military jet bound for the Maldives with his wife and two bodyguards.

Protesters have vowed to occupy the official buildings until the top leaders are gone and are calling for the resignation of the prime minister.

Sri Lankan lawmakers agreed to elect a new president next week but have struggled to decide on the makeup of a new government to lift the bankrupt country out of economic and political collapse.

The new president will serve the remainder of Mr Rajapaksa’s term, which ends in 2024, and could potentially appoint a new prime minister, who would then have to be approved by parliament.

However, the promised resignations have not put an end to the crisis.

The economic crisis in Sri Lanka has triggered severe food and fuel shortages resulting in people queuing for hours to buy supplies.

‘We love you, Canada’: Ukraine thanks Ottawa in heartfelt video