An inmate whose escape from jail prompted a nationwide manhunt has been charged with killing the prison guard said to have helped him escape.

Casey White, 38, has been charged on a count of felony murder in the death of Vicky White, 56, an official in Alabama said on Tuesday.

On 29 April the pair, who authorities say were in a two-year relationship, escaped Lauderdale County Jail with White handcuffed in the custody of Ms White.

The manhunt came to a bloody end when they were caught after a car chase with US marshals in Indiana.

Ms White died from a self-inflicted gunshot wound, the authorities say, and the 6ft 9in inmate was captured.

The charge alleges that during the escape, “White caused the death of Vicky White, who died from a gunshot to the head”. It does not specify who pulled the trigger.

White, who was serving a 75-year sentence for attempted murder and other crimes, will plead not guilty at an arraignment hearing, defence attorney Mark McDaniel said.

On the day of the escape, Ms White had told colleagues the inmate, who was not related to her, needed to go to the courthouse for a mental health evaluation.

Later that day after Ms White failed to answer her phone, the authorities discovered that no evaluation had been scheduled and her patrol car was found abandoned at a shopping centre. 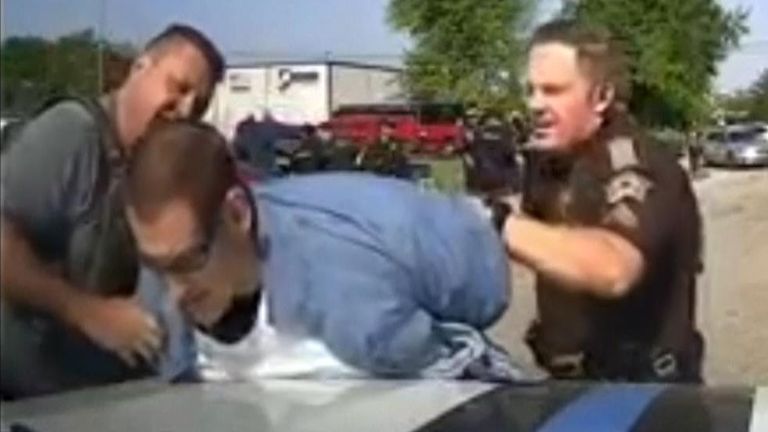 Friends and colleagues had said they were bewildered by the involvement of Ms White, who had worked for the sheriff’s office for 16 years, with the inmate.

Alabama law allows a murder charge if someone, “causes the death of any person” while engaging in certain other felonies such as escape or if the person “recklessly engages in conduct which creates a grave risk of death to a person.”

The defence previously pointed blame at Ms White for the escape, saying White was in her “care and custody” the entire time of his disappearance from jail.

Age is just a number: All South Koreans to become 1 or 2 years younger under new law